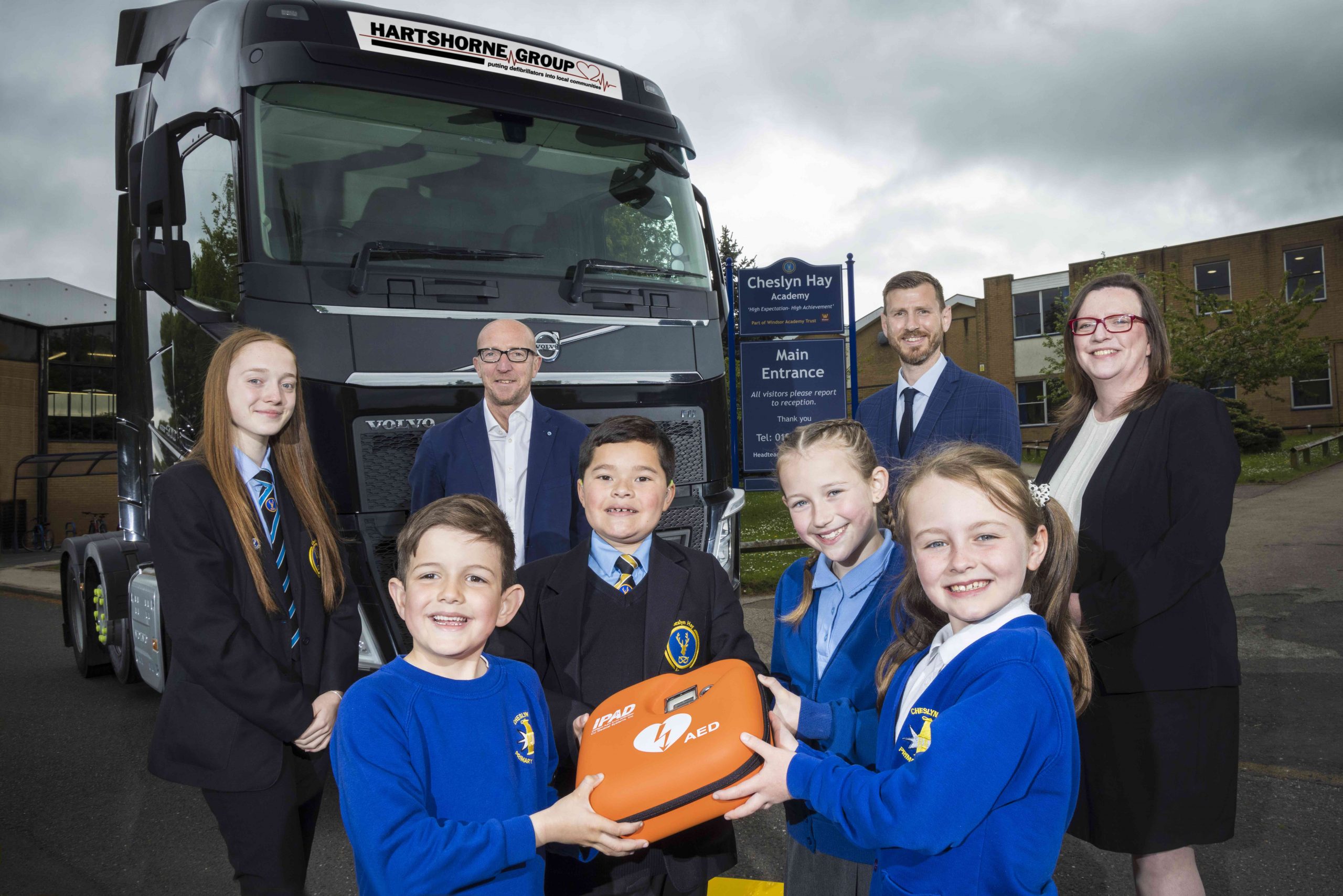 AN academy school and a primary school in Cheslyn Hay have received a heart defibrillator that can be accessed in an emergency by both schools.

Students and staff at Cheslyn Hay Academy and Cheslyn Hay Primary School received the medical device from the Hartshorne Group.

The company, which supplies and services Volvo commercial vehicles, is running a Healthy Heart Campaign in partnership with West Midlands Ambulance Service. Defibrillators are portable and come with voice instructions so they can be used to restart a person’s heart in an emergency.

Headteacher of Cheslyn Hay Academy, Nicky Crookshank said: “We’d like to thank Hartshorne Group for donating the defibrillator. It’s reassuring to know that we have one if it’s ever needed for use by the schools or our neighbours.”

Ian Middleton, Managing Director at Hartshorne, said: “We’re proud to support schools in this way. It was a pleasure to meet the staff at Cheslyn Hay Academy and Primary School. ”

Staff at Hartshorne in Walsall raised funds for the device by recording their physical activity on an app. The company, which has nine sites including in Birmingham and Shrewsbury, donated £1 for every hour they logged.

The defibrillators are registered on a national database at www.thecircuit.uk so that 999-callers can access them in an emergency.