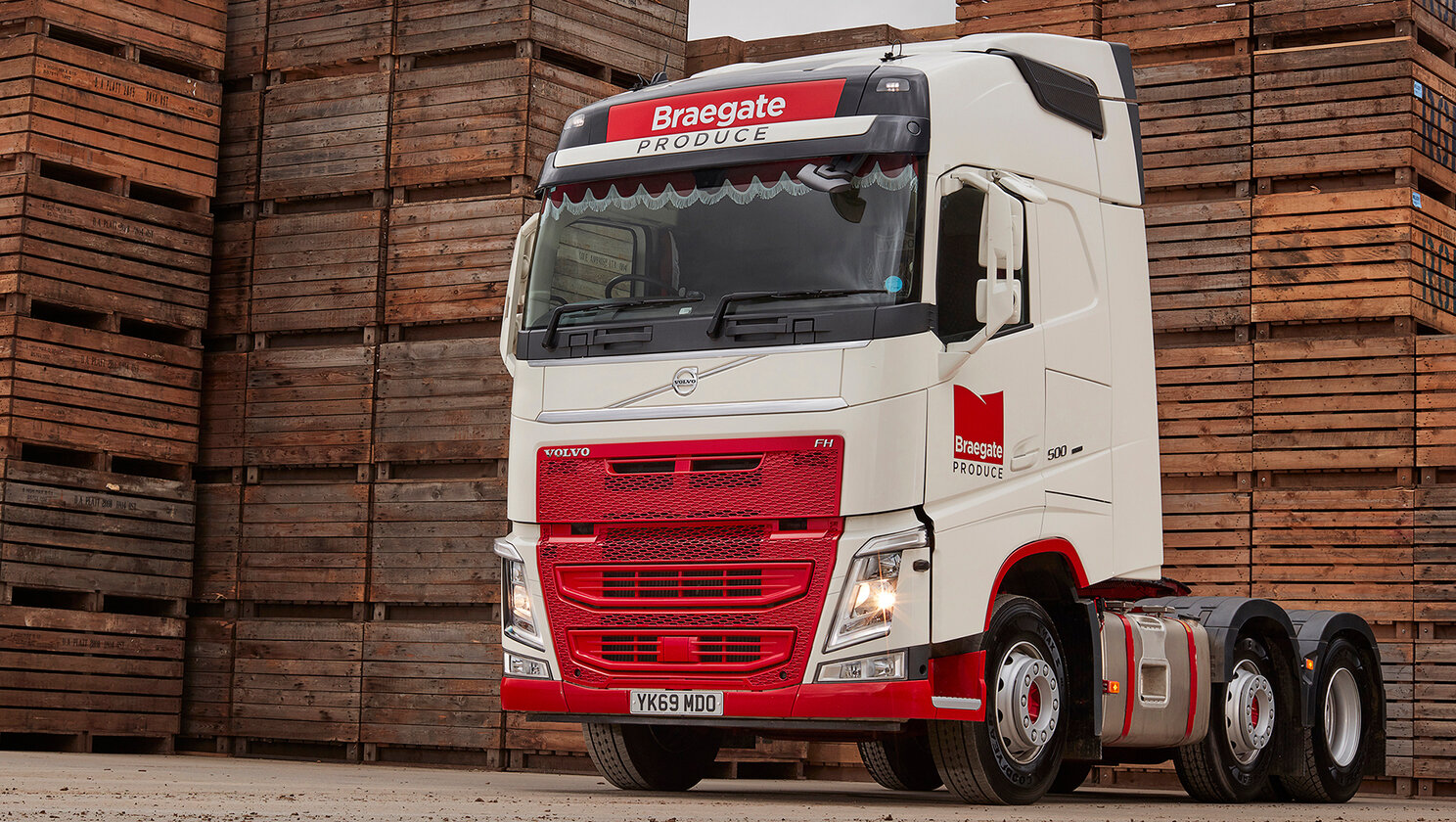 Supplied by Crossroads Truck and Bus, the new vehicle is powered by the latest D13K Euro 6, Step D engine, producing 500 hp and 2,500 Nm of torque for great pulling power and a fuel-efficient, comfortable driving experience.

The Tadcaster-based firm opted for Volvo following a successful trial with a demonstrator and having received positive feedback from other local companies running FH tractor units.

“We have always liked Volvo and were keen to try and get one onto the fleet,” explains Brian Whitaker, Transport Manager at Braegate Produce. “We spoke with the team at Crossroads Truck & Bus and gave them an idea of what they were up against to win the business. What they came back with hit the mark perfectly in terms of both the vehicle specification and the monthly rate.”

Delivering potatoes to supermarkets and regional distribution centres up and down the country, the FH will be working five to six days a week, covering roughly 140,000 km per annum. It will operate predominantly on long-distance motorway work, but will also collect from potato farms, which means tackling narrow and sometimes bumpy country lanes and access roads.

“The main focus for us is fuel economy. If the FH can match, or better, the rival manufacturers we’ve got on the fleet then we will go back to Volvo again,” says Whitaker. “Obviously, it’s a brand-new truck and it still needs to be run-in, but we’re very happy with what we’ve seen so far.

“We’ve even had Volvo’s local Fuelwatch Manager visit to make sure our driver was getting the best possible performance from the vehicle. He used to have a Volvo before he joined us, so naturally he’s delighted to get back behind the wheel of a top-spec FH Globetrotter!”

The 44-tonne tractor unit has been supplied on a four-year Volvo Financial Services contract hire deal which incorporates a Volvo Gold Contract repair and maintenance package, to guarantee maximum uptime. All servicing and maintenance work will be done at Crossroads Truck and Bus in Normanton.