Stephanie Honoured by Transport Chiefs for 25 Years in Business 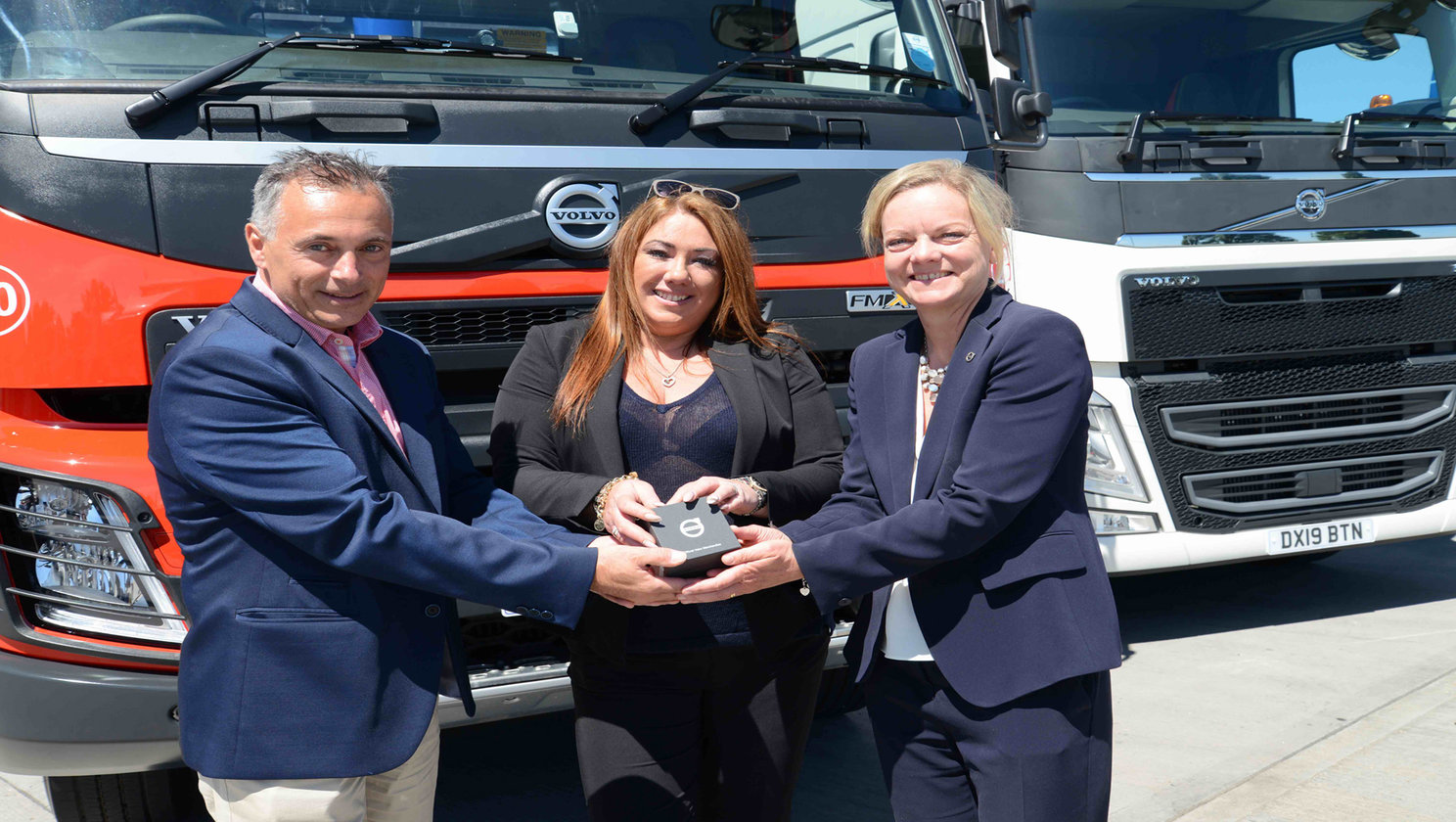 Stephanie Price knows a thing or two about transport and construction. The Midlands businesswoman has received an award in recognition of 25 years at JPE Aggregates, the Wolverhampton-based company founded by her late father, Colin.

The family business operates a fleet of Volvo trucks supplied by the Hartshorne Group. Now Volvo executives have presented Stephanie with a commemorative watch in recognition of her achievements.

Martin Cronin, MD of the Hartshorne Group, said: “Stephanie is a truly inspirational business leader. We’d like to be the first to congratulate her on 25 years at JPE Aggregates, which makes a huge contribution to the economy across the region.”

JPE Aggregate employs over 100 people and has built up a multimillion-pound turnover business by supplying sustainable aggregate materials for construction purposes.

Stephanie said: “We are a traditional family-run business that’s been in Wolverhampton for 25 years. Our staff have worked hard together over the years to make us a success, so it was wonderful to receive recognition from Volvo.”

Stephanie runs the company’s transport department, and she says she would love to see more women working within the sector. She added: “When we started out there were very few women in the industry, but things are changing. We have a female planning team in the transport office and there are now two women HGV drivers in our team. Ten years ago I took my own HGV test to prove the point that if a job’s worth doing, it doesn’t matter if you are a man or woman!”

JPE intends to celebrate its 25 years of trading by unveiling a special anniversary Volvo truck, details of which will be revealed later this summer.

Issued by:
Gary Thompson at W1 Features
(on behalf of the Hartshorne Group)
Contact: gary@w1features.co.uk