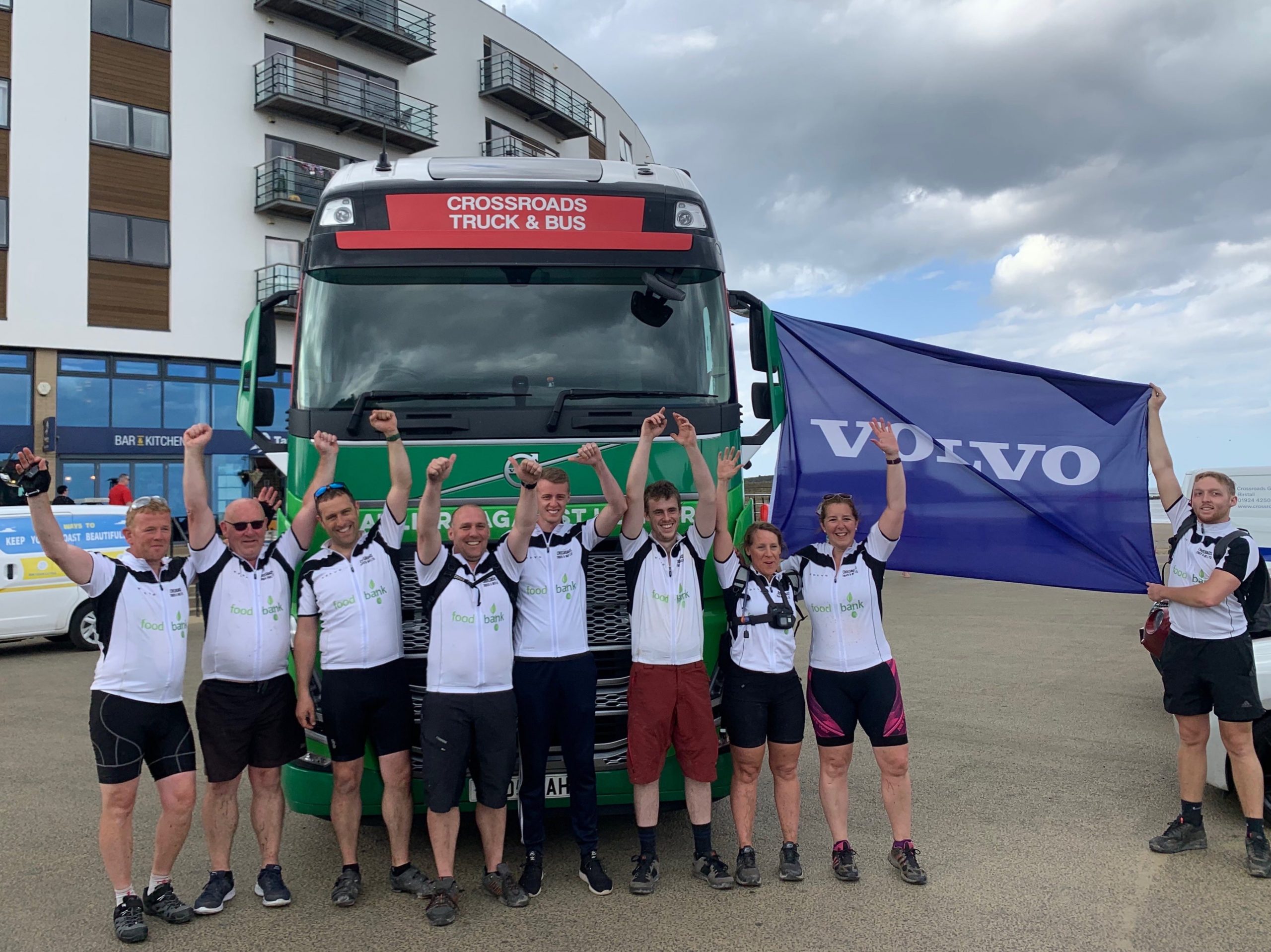 A CROSS county coast-to-coast charity cycle ride has raised £4,830 for a food bank in Leeds that is facing huge demand due to the cost of living crisis.

Staff at Crossroads Truck & Bus in Birstall raised the cash as part of the company’s ‘Hauliers Against Hunger’ campaign.

The ten cyclists from the Crossroads depot in Pheasant Drive completed the tough 160-mile cycle ride from Morecambe on the West coast to Scarborough in the North East in just three days.

The funds will be donated to the Leeds South & East Foodbank in Millshaw Park, where staff say they are facing multiple new requests for help from members of the public every day. The food bank has provided support for nearly 7,000 people over the last six months, including nearly 3,000 children.

Nathanya Laurent, Development Manager at the food bank said: “We’re so pleased to have the support of Crossroads Truck & Bus. It’s partnerships like this that help us to continue our service during these challenging times. The cost of living crisis is really being felt by many people, and this is just the beginning. We’ve seen an increase in demand for our service and a dip in donations, as everyone is feeling the pinch. The Crossroads partnership has never been so critical to help us support local people in need right now.”

The food bank is affiliated to The Trussell Trust, a nationwide charity that fights hunger across the UK.

Crossroads Truck & Bus, which supplies and services Volvo commercial vehicles, says all of its nine depots in Yorkshire and Lincolnshire are twinned with food banks in the trust’s network.

Paul Rayner, Workshop Supervisor at Crossroads in Birstall said: ” Our team did a fantastic job to complete the ride in just 72 hours. I’d also like to thank all of our customers who supported us. The haulage industry played a key role in maintaining supplies during the pandemic and together we can now help to keep the food banks stocked.”

The donation consisted of £2,415 in sponsorship that was raised by staff, which the company itself then doubled.